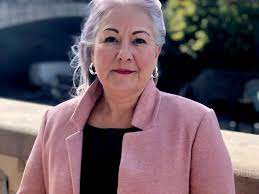 Lorraine Rekmans is a member of the Serpent River First Nation, and is of Anishnabe and French heritage. She served as the Indigenous Affairs Critic for the Green Party of Canada for 12 years, beginning in 2008. She is a five-time federal candidate for the Green Party of Canada, running twice in Algoma Manitoulin Kapuskasing, and three times in Leeds Grenville Thousand Islands and Rideau Lakes.

Lorraine is an advocate for environmental and social justice issues through her work in both media and non-governmental organizations. With a background in journalism, and decades of work in the non-profit sector, Lorraine has extensive experience in policy development, government, industry, public affairs and Indigenous communities. She is the former Executive Director of the National Aboriginal Forestry Association. Lorraine is a small business owner with her husband Gerry in Kemptville and currently works as the Editor of the North Grenville Times. She has served as a Board member for the Forest Stewardship Council of Canada, and she has received The Rosalie Bertell Award for outstanding service in the field of environmental health by the International Institute of Concern for Public Health.

As the former Executive Director of the National Aboriginal Forestry Association (NAFA), Lorraine worked on national and international forest policy. She helped organize Indigenous participation at the World Forestry Congress at Quebec City. Lorraine assisted in writing a number of international declarations including the Indigenous Peoples Declaration on
Forestry, which was submitted at the World Forestry Congress, in 2003. 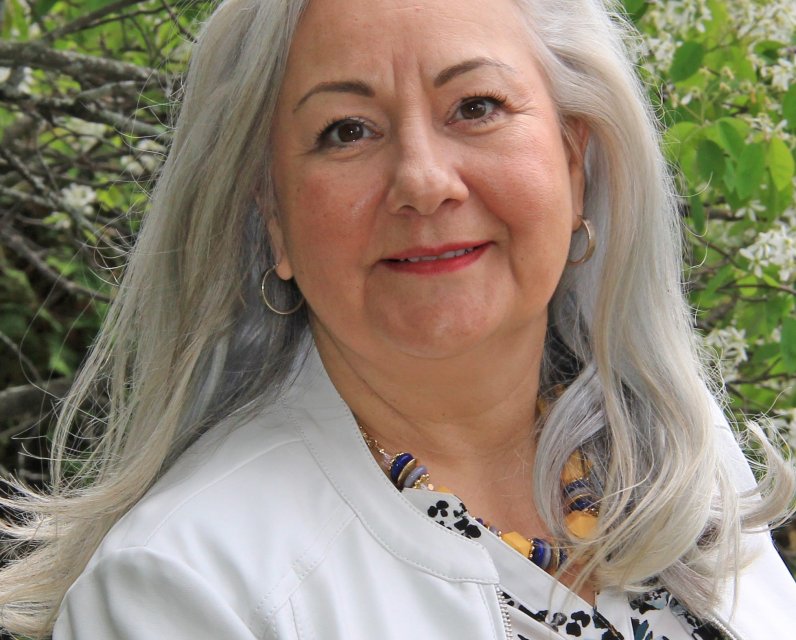 Dear Members of the Green Party of Canada;

First let me express my gratitude to all of you who volunteered. I love that you stepped up to help the party when it was in crisis and that you all dedicated 1000s of hours to the GPC. I believe the grassroots are our strength and embody our values and principles. Thank you all for coming to the open Federal Council meetings and keeping an eye on your Party. I resigned and I owe you an explanation.

You may know that I was the Indigenous Affairs Critic for GPC from 2008-2021 and I was very pleased to have the opportunity to shape Indigenous Policy for the Party - I considered it an honour to work with you all. I also ran as a candidate for the GPC in six federal elections.

I was very pleased that the members voted to add three seats to Federal Council for Inuit, Métis and First Nations People and incorporate the Indigenous People’s Advisory Circle into the Party proper. That is why I believe in you. Because, it shows me you believe in participatory democracy.

This has been a turbulent tenure for me as President of the Green Party of Canada. After one year of working at this for more than 40 hours per week as a volunteer, I am exhausted and my optimism has died. I suggest you might want to pay the next President that you elect.

I was hopeful that I could act with integrity, using truth, honesty, love, respect, wisdom and humility to infuse the GPC with a belief that we could rise from the ashes. I hoped I was able to do this, but after one year it was evident to me this was not possible.

I had envisioned a place where we could grow together and implement actions to build an exciting and vibrant party that respects diversity and inclusion and celebrates everyone. We began a journey to mobilize a grassroots volunteer base that numbered in the thousands. We were on the verge of something great. Now I see that, for me, the dream is dead. I have come up against serious resistance to this effort and have been met with allegations that the GPC is in peril under my leadership as President, and that we just need more money to hire more staff. There have been serious allegations made against the Party about many acts of discrimination and abuse.

I see challenges in inspiring new membership and securing additional donations because this spectre of abuse continues to haunt us. Last night, Federal Council voted to undertake an investigation into these allegations. My personal opinion is that the Leadership Race should have been suspended whilst this investigation was underway, given that the Leadership contestants all publicly endorsed a call for action and expressed alarm. Council voted for the investigation and voted for continuing with the Leadership Race, while the investigation is ongoing. I did not support this. I cannot see how we can continue safely amidst the allegations that harm is being caused to our members.

I was grateful to work with others who held this dream of mobilizing our membership across Canada. That is the dream that I had for GPC – that thousands of members would pull together in a friendly way, nationwide, to move us forward to a successful electoral outcome so that we could help protect the planet. I strongly believe that the GPC members across Canada saved us from political death by pulling stronger on the ground to get us past the 2% threshold simply because we had no national campaign in 2021. The only possible reason we succeeded in surviving was because of the Grassroots members who met the challenges before us. I will continue to believe in you.

At the outset of my term I introduced the idea of undertaking a cultural assessment of the GPC so we could map out our behaviours and identify where problematic behaviour exists and take action to correct it. I was planning for a process that included mapping our culture, finding ways to take action and an evaluation and monitoring of any progress we could make in creating safer spaces within GPC. This work has always been important to me as a racialized person. Many other issues took up my time and my call for this work to get done was likely not heard as the rallying cry to take action on correcting any behaviours so our members could know we are in the midst of a major cultural transformation. My hope is for an egalitarian party where the pursuit of power is not more important than the collective desire to take serious action on saving the planet. However, this never happened.

Three days into the leadership race, all six contestants made serious allegations that GPC was causing harm to the interim-Leader, Dr. Kuttner. I was shocked that the most exciting event GPC held in 2022 would be overshadowed by allegations of harm to one of our own. I was surprised that the contestants would use this platform to attack the Party they were running to lead. How did Federal Council become the target?

I recognized early on that we could not secure enough donations to staff all the capacity we required. I recognized that we would need to call on our members to volunteer so that we could get much of the work done. We worked together in GPC to create processes to engage volunteers in Action Teams and link them with staff in a system that was organized with oversight by the Executive Director and a system that was sensitive to our unionized staff.

Without a full staff, Federal Council had to step up its activities and take on much of the work. None of the achievements we made would have been possible without the dedicated volunteers who joined us. There were 100s of them. I am grateful that you all shared the vision of building an inclusive and democratic party that was actually managed by participatory democracy.

Here now, at the outset of the leadership race, I am faced by a challenge launched by the leadership contestants and the interim Leader insinuating that my governance as President has had no effect. I have heard comments that the party is in peril and contestants have stated in the media that the GPC is in disarray. Really, what can you do when our own leadership hopefuls lob allegations at you?

I am sensitive to these criticisms that sound like accusations of failure.

Despite my best efforts to take us forward and find solutions, I am constantly distracted by claims of harm. I have spent much time trying to work beyond naming, blaming and shaming, and have called for restorative processes – yet these things continue to evade me because I find resistance to change. I find that some in GPC, wish to cling to the image of a political party that is the same as all the other political parties in Canada, fueled by money, and controlled by people who wield power.

The Governance body of GPC is important to me because it is a conduit for the membership to have effect on how their party is run. I believe I was enacting the members’ will to take this party forward, beyond blame, and beyond internal strife being highlighted in the media. I must note that in some cases where charges of harm have been made, I have never been presented with evidence, and if I had evidence of harm, I would have taken action.

Claims of harm have been weaponized in political attempts to remove people from the party. That is the truth of it.

Federal Council was told that I caused harm to the interim Leader. There was no evidence presented. I was excluded from Executive Council meetings that were organized without my knowledge. Briefly, I was subjected to much harm and disrespect, and in the interest of the GPC I chose to not make this public to avoid harm or disrepute from coming to the GPC. This is evident in all our recorded meetings.

At this juncture, I am being told by the leadership contestants that GPC needs to create a safe space for their leader. That is exactly what I was working on and if people wanted to know they should have asked me.

I have been marginalized, as the President, in a public claim that we need better processes even while I was busy building these. As President of this Party, I have been subjected to marginalization by the leadership contestants. I have been insulted and denigrated in a public way, and can see no way to continue working in an environment where one of these people will be the principal spokesperson for GPC. Our visions for the GPC do not align. I did dream of thousands of Greens working together to save planet Earth, but all I see is an effort to attack, misalign, feed ego, and divide. The beginning of this contest took hundreds of hours of volunteer effort, and all the challenges and struggles we have faced to launch this race have been squandered by the contestants.

To me this signals an end to the GPC because, instead of highlighting positive policy, and development of the GPC to our members and the public, the contestants have spent their time picking out our shortcomings and shining a huge spotlight on a small mistake that we made and apologized for.

If these are shades of things to come, if this is what leadership hopefuls are taken up with, I can no longer serve, because it seems to me there is no vision for a better future, but only an effort to look back and settle old scores, while the planet burns.

I came to help. I did what I could. Gave more than I had.

GPC, you will leave a huge hole in my heart. I apologize because I never did send short letters.