The Russian Invasion Of Ukraine – How Did We Get Here? | Unpublished
Skip to main content
Hello!

The Ottawa Peace and Environment Resource Centre (PERC) is an incorporated, registered charity. It is primarily a volunteer-run, grassroots organization with a Board of Directors to govern its operations. The PERC was founded in January, 1983, by a group of concerned Ottawa residents who wanted to take action on peace issues of the time. The first newspaper - then called the Ottawa Peace Resource Calendar - was published in November 1985, and the Peace & Environment News (PEN) produced today continues that tradition.

We focus on peace, social justice and environmental issues, with an emphasis on local activities.

Our main activities include:

Our publication, the Peace and Environment News (PEN) is distributed through the local library and community centre networks, as well as to various local businesses and gathering places by our team of volunteers. It is available for FREE in these locations. Members receive the PEN mailed directly to their homes and inboxes in exchange for their generous support. To subscribe to the PEN - or give a gift subscription, simply make a tax-deductible donation.

The PERC gratefully acknowledges the support of these many private and business donors, our partners, as well as the contributions of the Ontario Trillium Foundation and the Ottawa Community Foundation.

The Russian Invasion Of Ukraine – How Did We Get Here? 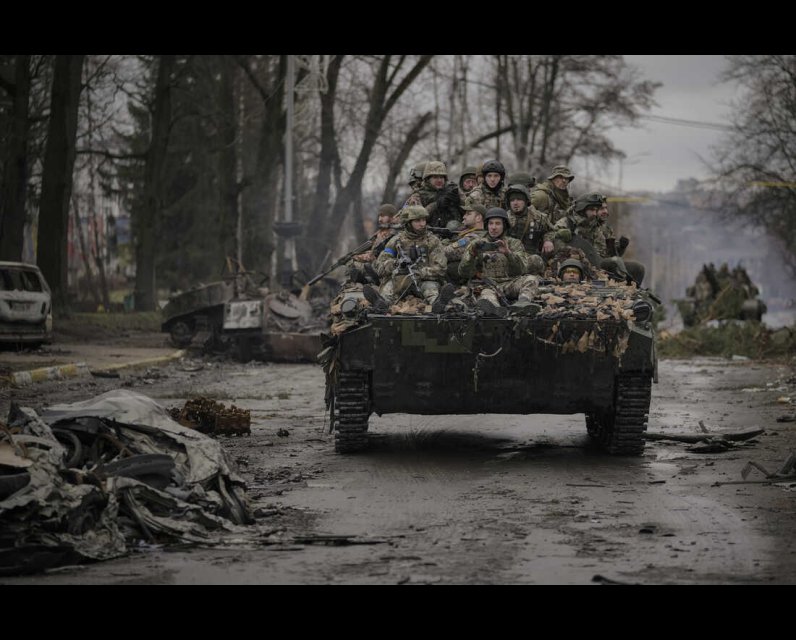 A photo emblematic on the ongoing destruction within Ukraine, courtesy of npr.org.

There is a long timeline of shared history but also of persistent tensions between Russia and Ukraine in the leadup to the invasion of the latter country by the former.

Ukraine’s capital Kyiv was once the capital of a past Russian empire and Ukraine was intimately linked to Russia under the Soviet Union.  However, Ukraine also has a strong memory of the Holodomor Genocide and other oppressions by Moscow during the Soviet era.  Following its newfound independence, Ukraine, as part of 1994’s Budapest Memorandum on Security Assurances, voluntarily disarmed itself of nuclear weapons in exchange for assurances that the United States, United Kingdom, and Russia would not affect Ukrainian sovereignty with either economic or military pressure.

In 2014 the Ukrainian Presidency of Viktor Yanukovych was ended amidst violent clashes with police and the fury of the Euromaidan protests.  Some NATO critics, such as the writer Yves Engler, allege that a Russia-sympathetic elected President was removed in defiance of the Ukrainian constitution, but in line with the NATO-expansionist interests of countries such as the United States. However, critics of Russia argue that Yanukovych fundamentally abandoned his office under pressure from the Ukrainian parliament, rather than truly fleeing in fear of insecurity of his person.

Subsequently, approximately 14,000 Ukrainians died in the Russian-speaking Donbas region of Ukraine in 2014 as the Ukrainian government suppressed the Revolution of Dignity there.  NATO critics allege that this violence was a provocation towards Russian solidarity with its ethnic kin. However, critics of Russia allege that most of the Ukrainians killed were soldiers and that Russia instigated the conflict by encouraging separatists to take up arms against their state.

In the midst of these conflicts, Russia sent its military forces into the Ukrainian peninsula of Crimea in a move that critics condemned as an “annexation”. A referendum was organized under the presence of Russian troops in which the majority of local citizens allegedly voted for a union with Russia.  However, the legitimacy of this referendum was rejected by the United Nations General Assembly.

In an attempt to resolve ongoing conflicts, multiple European countries negotiated the Minsk agreements to grant limited autonomy to the region of Donbas.  Ukraine signed these agreements but both sides in the conflict allegedly abandoned fulfillment of the Minsk terms.  Later, the Ukrainian government led by President Vlodomir Zelensky claimed that Ukraine only ever signed the agreements because of the ongoing threat of Russian invasion.

In February 2022, Russia blamed Ukraine for the failure of the Minsk agreements, declared support for the independence of the Donbass regions citing the disputed 2014 referendum results in said regions, and then invaded Ukraine.  Russian President Vladimir Putin also cited the necessary “de-Nazification” of the Ukrainian government as a justification for the invasion, referring to the under-currents of neo-Nazism in Ukrainian politics and the known presence of neo-Nazis in the Ukrainian army.  However, President Zelensky is personally Jewish, and the allegedly pro-Nazi Ukrainian Presidential candidate received only 1.6% of the electoral vote in 2019.  Moreover, a statement by 150 historians and scholars published in the Jewish Journal condemned the narrative associating the Ukrainian government with Nazi ideology.

In the ongoing conflict, critics of NATO have alleged that although the invasion is fundamentally wrong, NATO and Ukraine still provoked Russian security interests with both potential NATO expansion towards Russian borders and the alleged stoking of neo-Nazism that could someday threaten Russia itself.  Critics of Russia allege that Putin is a dictator forcing his own country into war with an aspiration to rebuild past Russian empires, and that Putin is systematically picking on non-NATO neighbouring countries.  Critics of NATO allege that Ukraine should satisfy Russia’s demands rather than fight an unwinnable war; whereas critics of Russia allege that full Ukrainian sovereignty, including over Crimea and Donbas, is an essential prerequisite to long-term peace.

If you would like to assist in humanitarian efforts in Ukraine, consider monetary donations to any of the following organizations: the United Nations High Commissioner for Refugees, the Canadian Red Cross, and UNICEF.

We at PERC dearly hope that government policies and individual efforts may minimize the cost to human life in the days, weeks, and months to come.