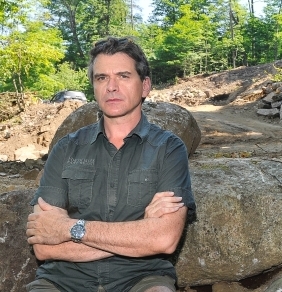 A writer, certified/literary translator and communications specialist with nearly 25 years experience working on Parliament Hill. In 2015, Ekstasis Editions published his translation of Robert Lalonde's Little Eagle With a White Head, winner of the 1994 Governor General's Award for French Fiction, and the 1995 France-Québec Prize. He is the former managing editor and English translation coordinator for the magazine Cité libre, founded by Pierre Elliott Trudeau in 1950. From April to November 2015, he was French language translator for the Office of the Leader of the Liberal Party of Canada. In 2017, Ekstasis released his translation of Robert Lalonde's The World on the Side of a Trout, "a meteorological journal of the mind, a meditation on the art of seeing, reading and writing by one of Quebec’s finest novelists." His translations of Robert Lalonde's The Little Thief, and André Major's The Devil's Wind were published in 2019 by Ekstasis. His translation of the same author's Iotékha' came out in early 2020. The Club, his translation of a short story by Louis Hamelin was included in Granta Magazine's special 2017 issue on Canadian literature. Email: jp.murray@live.com 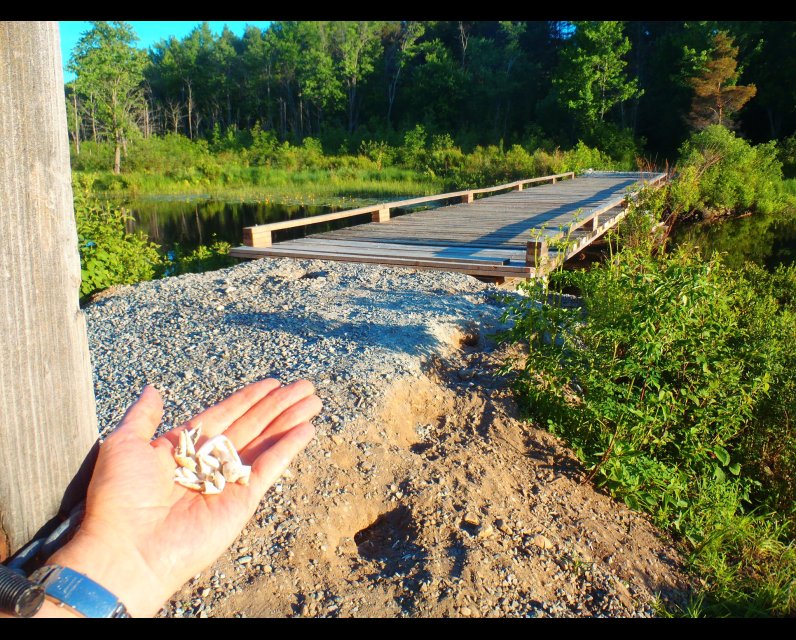 Environment Canada has completed its investigation into reconstruction of a bridge in the critical habitat of the Blanding’s turtle without any valid permit. Official documents confirm charges likely to be filed; unfortunately, Minister Steven Guilbeault has failed to release his report—as required by law.

Environment Canada plans to “lay charges” regarding the 2020 reconstruction of the Pellerin Bridge in Gatineau Park, according to documents obtained through access to information (Environment Canada ATIP A-2021-02620).

Reconstruction of the bridge took place in September-October 2020—in the critical habitat of the endangered Blanding’s turtle—without any valid permit. Pellerin Bridge is owned by the National Capital Commission (NCC); work was done by a park resident and a contractor.

Moreover, filing of these charges would involve provincial authorities, who may have to appear in court, according to Dr. Nathalie Tessier, a biologist with Ministère des Forêts de la Faune et des Parcs du Québec (MFFP).

An email from an Environment Canada official illustrates the issue: “A permit under the Species at Risk Act was required to carry out this work and a series of mitigation measures would have been required, including avoiding turtle nests in the work area,” wrote Marie Fortier, Compliance Promotion Officer at Environment Canada, in a January 7, 2021 email. “Based on my research […] no permits were issued for the reconstruction of a bridge” (Environment Canada ATIP file number: A-2020-01570).

“The bridge is indeed located on federal lands in Gatineau Park, and there are numerous occurrences of Blanding’s turtles in this area,” Fortier writes in her email. “A bridge was already there, so this is a reconstruction […]. This bridge allows a citizen to access his private property at the end of Pellerin Road […]. The private property is located on the lake more than 600 metres from the bridge.”

Wildlife enforcement officer Émilie Roberge-Pelletier drove to the site in late June 2021 to inspect a possible violation of the Species at Risk Act [SARA] and to collect eggshell samples. On July 14, 2021, she sent the samples to MFFP biologist Nathalie Tessier for species identification.

The form that accompanied the samples was titled, “Request for analysis from the biolegal laboratory,” and states that the genetic test is needed to “lay charges.”

In her response to Ms. Roberge-Pelletier, Dr. Tessier acknowledged that this case could end up before the courts: “I have the skills and expertise to conduct the DNA analysis, but I have never had to go to court to defend a report.”

Environment Canada’s Access to Information Directorate informed me on August 2 that Ms. Roberge-Pelletier had completed her investigation. Unfortunately, her report was redacted from the documents released by Environment Canada, along with Dr. Tessier’s DNA analysis.

However, by law, Minister Guilbeault must provide a written report to the parties involved, outlining the information gathered “and the action that [he] intends to take” (section 96 (3) of SARA).

Unfortunately, Minister Guilbeault still hasn’t released his report... Is that because the prospect of criminal charges and court appearances might cast a shadow over the NCC and the Liberal government?

Section 97 of the Species at Risk Act stipulates heavy penalties for offenders—fines of up to $1,000,000 for corporations, and up to $250,000 and imprisonment to a maximum of five years, or both, for individuals.

On September 12, I again contacted Environment Canada, to find out when the minister would be sending me his report.

I’ve been waiting for answers going on two years…

On September 19, during a phone conversation, I asked Ms. Langevin what she meant by “soon,” given that a week had passed... “Sorry, be we spoke only two or three days ago,” she replied, disingenuously. “I’m off on weekends, and Monday was a holiday because of the Queen’s funeral... I work in the department and have very little direct contact with Minister Guilbeault’s office [sic!]... It’s impossible for me to tell you which of his assistants is in charge of the Pellerin Bridge file... We forwarded your question and documents to his office."