PCs form “majority” government with 40.84% of the vote: Ontario voters cheated by first-past-the-post 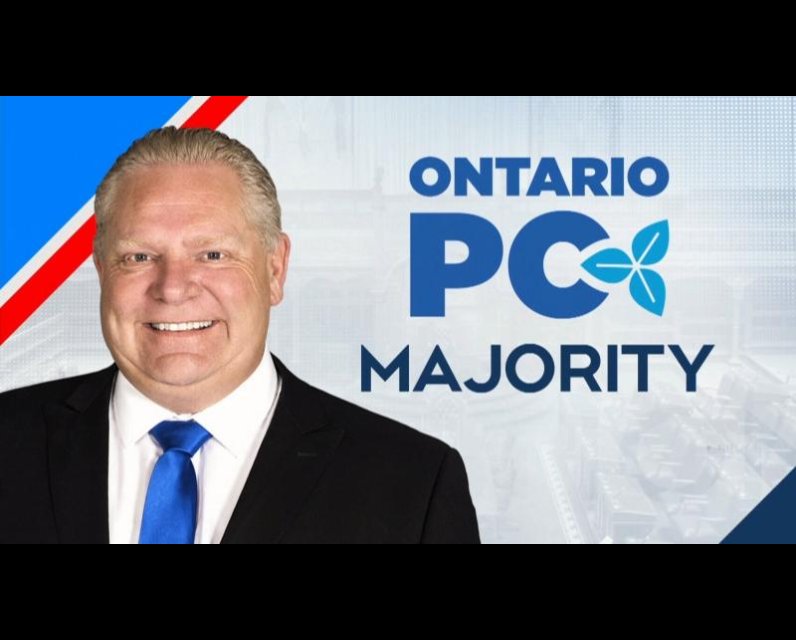 This is from Fair Vote Canada...

Only 40.84% of Ontario voters supported the PCs, yet the voting system has handed Doug Ford’s PCs 67% of the seats and 100% of the power. The election results were a gross misrepresentation of what voters said with their ballots:

The Liberal Party earned more of the popular vote than the NDP―23.85% vs 23.73%―but the NDP’s voters elected 31 MPPs and Liberal voters only elected 8.

Despite the support of almost one quarter of Ontario voters, first-past-the-post means the Ontario Liberal Party will again be denied official party status in the legislature, making it even more difficult for the party to represent its voters.

Greens increased their popular vote share from 4.6% in 2018 to 5.96% but still elected only one MPP (Mike Schreiner) to represent the 279,265 people who voted Green in Ontario.

Thresholds of 3–5% are common in countries with proportional systems and any PR system for Canada wouldn't deliver perfectly proportional results. For example, see here how smaller parties would have fared in the recent federal election.

In an Ontario PR system with a 3% threshold, the results would have been:

Voter turnout fell to 43.54%. That means the current “majority” government is supported by 17.78% of eligible voters. In a winner-take-all electoral system, many people feel they must vote for the lesser evil, or are discouraged from voting at all.

The majority of Ontario voters are now shut out of decisions on issues that impact their lives. Ontario needs proportional representation now more than ever. 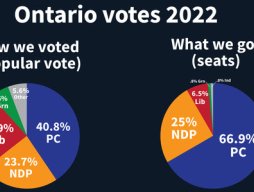 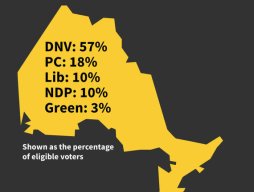 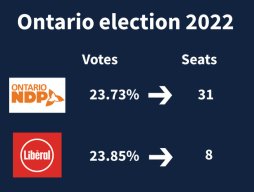 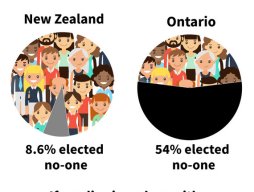