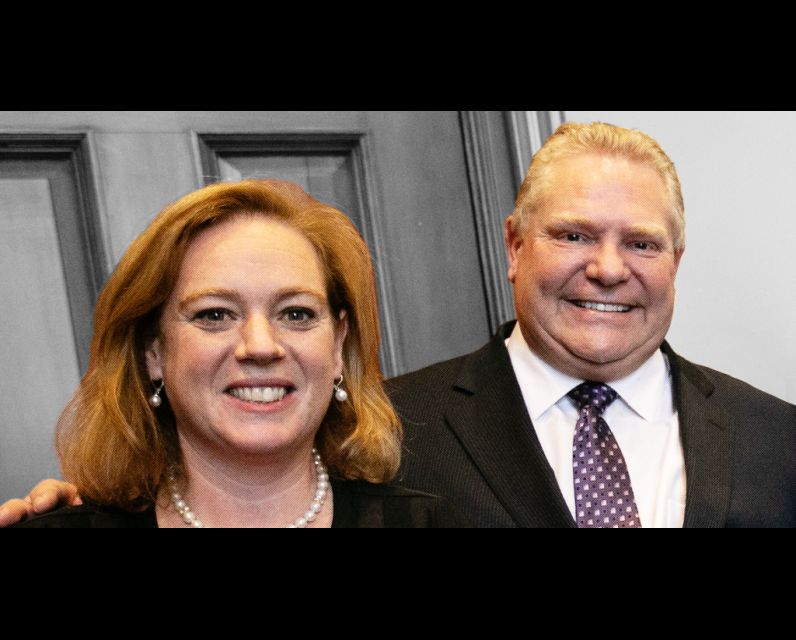 If they spy on their own, what’s keeping them from spying on the opposition?

Press Progress reported Friday that a political operative with links to a Doug Ford advisor spied on PC MPP Lisa Macleod in 2018, by “geo-fencing” her home after it was determined that her house was the location of a series of leaks to the media. And, that Doug Ford's office wanted names discovered through the spying.

Those of us in Ottawa who are familiar with how Lisa Macleod operates are not surprised to hear that she was actively undermining the Ford government. She did the same when Patrick Brown was leader of the Ontario Progressive Conservative Party. Her personal ambition knows no bounds. But, for the response by the Ford government to be to take illegal action by geo-fencing her home, is beyond pale.

“Geo-fencing” is a way of electronically monitoring activity in a geographical location. In this case, it was used to track electronic activity in her home like the sending of text messages for example. And, that’s way out of line.

In fact it’s so far out of line with what is an appropriate and acceptable response that I believe an OPP or RCMP investigation should be conducted to find out specifically how Canadian and Ontario laws were broken.

We’ve seen plenty of examples of extreme, hyper-partisan behaviour from Doug Ford and his minions over the last four years. Creating a law preventing anyone from suing you for breaking the law took the cake, and is the epitome of neo-fascism in my opinion.

So, let’s find out the truth, because the last thing Ontario and Canada needs is another corrupt government.